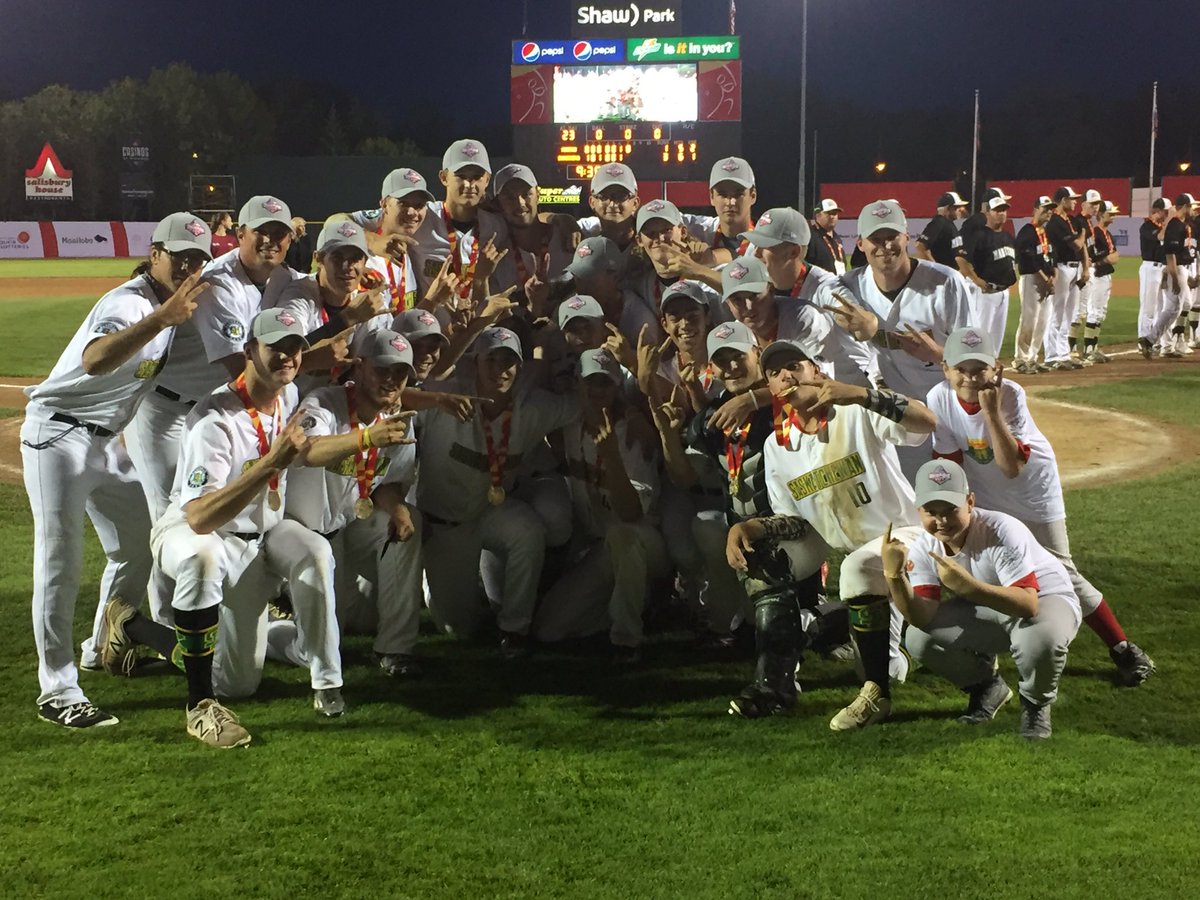 For the first time ever in Canada Summer Games history, Saskatchewan has won the Gold Medal!

Team Sask finished 2nd in the A Pool and this matched us up against Ontario in one of the Semi-Finals in which we won 7-0. Connor Sparks got the start in this game and he proceeded to go 5 solid innings allowing 0 runs and had 3 strikeouts.  Ryan Olchoway finished the game with another 2 shutout innings. Leading the way at the plate was Tyler McWillie and Olchoway who each had 2 RBI.

This setup a match up with Manitoba in the Gold Medal Game which was a nail biter from the start. Logan Hofmann got the start and he was lights out as he went 6 strong innings allowing 1 run and striking out 9 batters. Tyler McWillie came in for the save going 1 inning allowing 0 runs and struck out 1 batter. Team Sask won the game by a score of 3-1.

Congratulations to this historic group of players and coaches for winning this Championship and actually winning back to back National Championships as this is technically the Baseball Canada Cup and we won this last year as well.