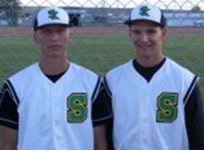 Baseball Canada announced the preliminary roster of players that will travel to St. Petersburg, FL in March as part of the Junior National Team’s Spring Training Alumni Week. Additional players could be named to the roster at a later date.  Jager Toffan a member of the Regina Wolfpack and Jordan Schulz of the Regina Athletics were named.