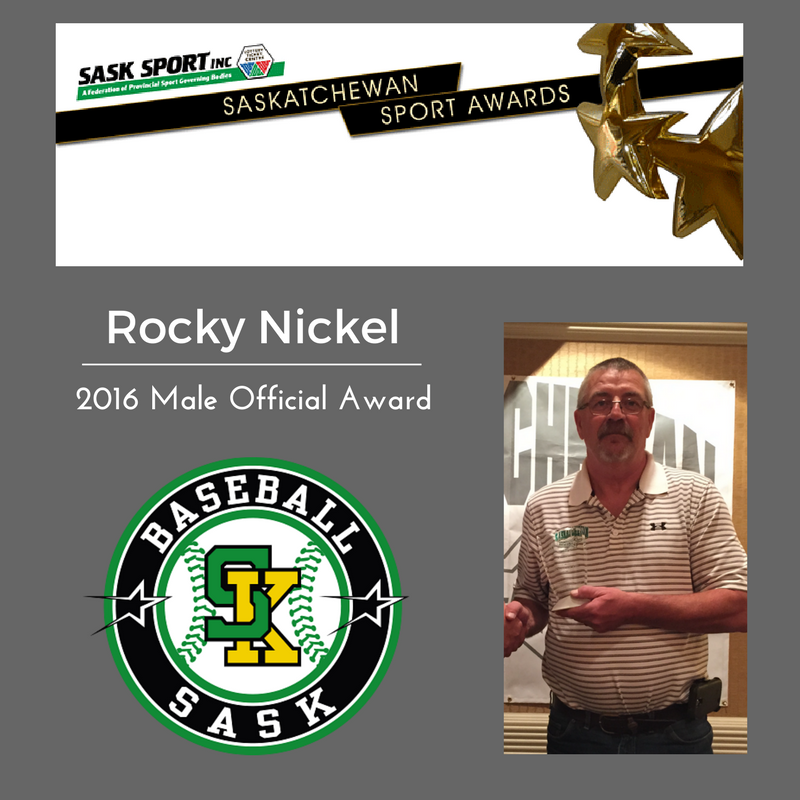 We are pleased to announce that Rocky Nickel (Moose Jaw) has been selected the winner of the 2016 Male Official Award by Sask Sport.

Nickel has been actively involved as an official in Saskatchewan since 1992. He has served close to 30 years on the provincial umpire executive committee, including two terms as provincial supervisor from 1995 to 2001 and from 2008 to 2016. He was also assistant supervisor from 2001 to 2007. He helped develop the Western Major Baseball League (WMBL) Umpire Association and served on numerous committees. Nickel has received the highest recommendation possible at each national championship he has worked, and he has been assigned to two international events (2002 World Youth Championships and 2005 World Qualifier). He has taught and evaluated thousands of umpires and been an exceptional mentor to umpires at all levels.

Congratulations Rocky and thank you for your years of service to Baseball Sask!