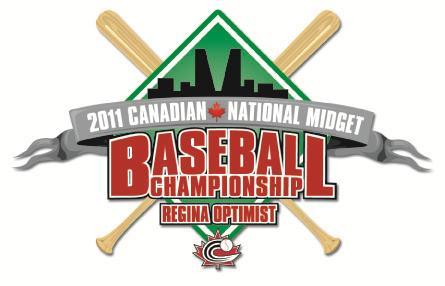 Regina Optimist Baseball will be hosting the 2011 Baseball Canada Midget Nationals from August 17-22. This will be the first time in close to 20 years that the City of Regina has hosted a minor baseball National Championship of this calibre.

The National Midget Championship brings together Canada’s best young baseball players and draws scouts from numerous Major League teams as well as college and university scouts from throughout Canada and the United States.

Games will be played at both Optimist Park and Currie Field. The teams will be housed at the University of Regina.