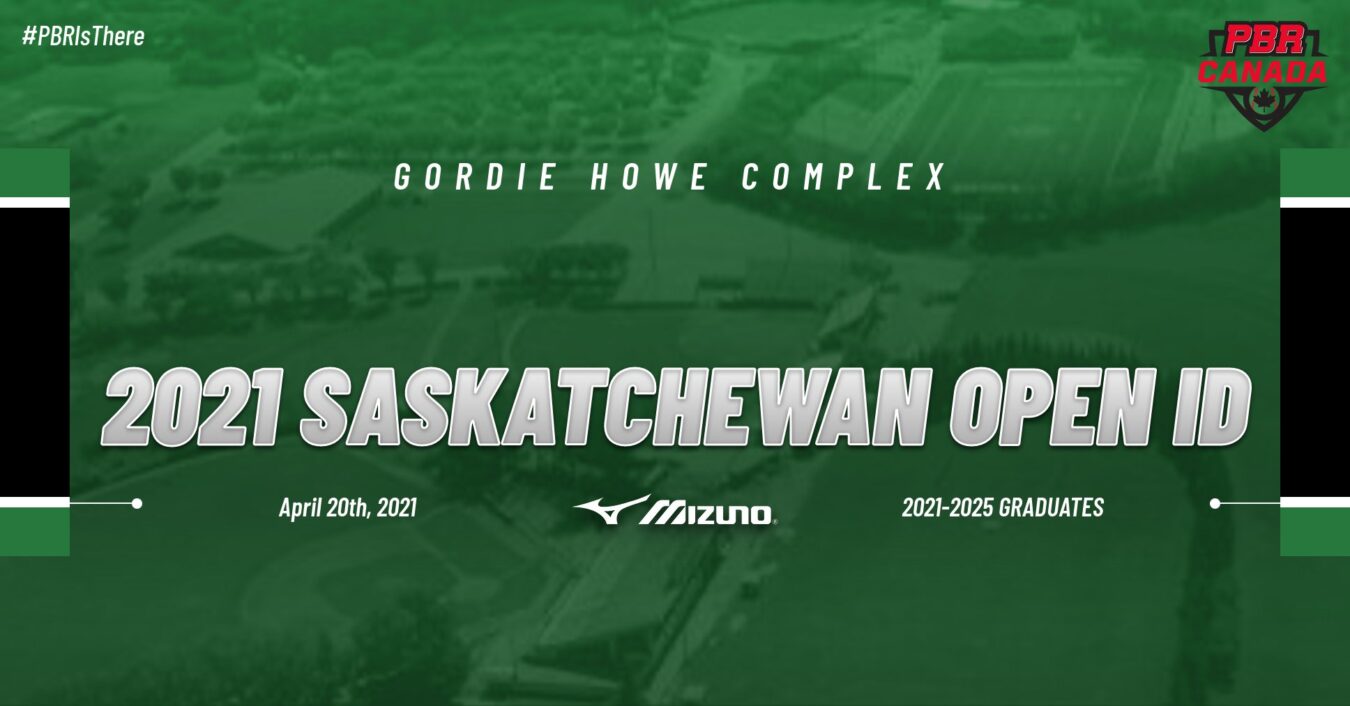 PBR is officially coming to Saskatchewan.

On April 20 and 21, Prep Baseball Report Canada will host the Saskatchewan Open ID at the Gordie Howe Sports
Complex in Saskatoon, the inaugural event in the province.

Although it will take some time to fully launch, our goal of providing year-round coverage of high school players in the province with unmatched boots on the ground coverage is what we aim to do.

The Saskatchewan Open ID, in conjunction with PBR Canada, will be coordinated by Greg Brons.

“Saskatchewan is looking forward to hosting PBR for the first time,” said Brons, adding, “and giving our players the opportunity to showcase their skills at the best indoor facility in Canada, if not North America.”

Now, with construction complete on the Gordie Howe Complex, PBR will have the opportunity to host indoor and outdoor events in the province year-round.

The year-round usage of the facility will provide more opportunities for players in Saskatchewan who have aspirations of playing baseball at the collegiate or professional level. It will also create a central location for PBR in the Prairies.

With the addition of events in Saskatchewan, PBR Canada has closed the gap on expanding our reach from coast to coast, bringing players an unrivalled opportunity to showcase their talent North of the border.

“We take great pride in being able to give Canadian players a platform and be a voice for them as they strive to reach their dreams and goals in baseball,” said Chris Kemlo, PBR Canada Director of Scouting. “By partnering up with Baseball Saskatchewan, the Gordie Howe Complex and Greg Brons, we’re excited to get an up close and personal look at the players in the province of Saskatchewan.

“We know there are talented players and we want to make sure the rest of the baseball world knows that as well. It’s all about showing that Canadians can play ball.”

The Saskatchewan Open ID will be open to players in Gr. 8 to Gr. 12, and is open to anyone in Sask and bordering provinces.

As we expand, be sure to stay locked in on all our social media platforms across the country, and bookmark prepbaseballreport.com/canada for all your information on future events, in-depth analysis and scouting reports of players in Canada.