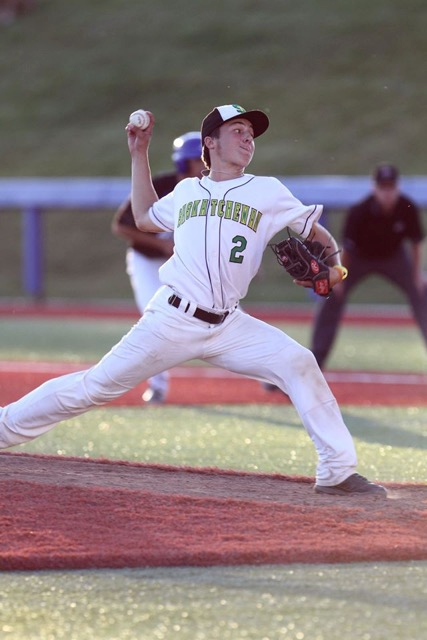 Hofmann was one of the top players in the province as a pitcher and position player as he competed for the Muenster Red Sox who won a bronze medal at the Midget AAA National Championships.

In 2016 he was also selected to play for Team Saskatchewan at the Baseball Canada Cup where they won a national championship with a 6-1 win over Team BC for a gold medal. At the Canada Cup, Logan Hofmann did not give up an earned run during the tournament as he pitched scoreless innings vs Team BC and then won the game in extra innings as he pitched flawlessly vs Team Quebec to advance Team Sask to the gold medal game vs Team BC.

He was undoubtedly our best pitcher at the Canada Cup as he came up big in pressure situations. Logan was also selected to compete for Team Prairies at the Tournament 12 at the Rogers Centre where he pitched against Team Atlantic and Team BC.

Logan has worked very hard to achieve his success. Without a doubt he is one of our hardest working players within the Baseball Sask Academy.  His fastball has jumped from 78-79 – to sitting anywhere between 83-87 mph.  He has a great attitude and is a leader.  Our coaching staff never have to ask him to clean up the dugout or tidy up his room when on the road. He is a very responsible and mature young man that will continue to have success.  He represents Saskatchewan with class and we are proud to have him wear our uniform.

In the Fall of 2017, Hofmann plans to attend Colby College in Kansas.

This scholarship fund has been set aside through donations in memory of Brennan Luffman who was a prominent left handed pitcher and outfielder with Team Saskatchewan from 2003 – 2005.   Brennan Luffman was a popular teammate amongst his peers and well liked by his coaches.