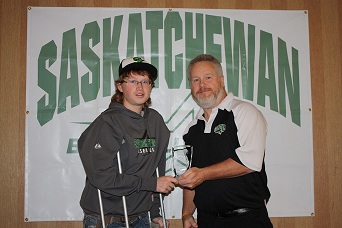 We are pleased to present the recipients of the 2012 Sask Baseball Annual Awards. These awards were presented during our Annual Awards Luncheon at the Saskatoon Inn in Saskatoon on Saturday, October 27th.

Albers COPABE Player of the Year

Please see below for results of the 2012 Sask Baseball Provincial Championships detailing Champion and Finalist along with score in Gold Medal Game:

Andrew Albers, 26, helped Team Canada win bronze at the World Cup of Baseball international competition in Panama. In this competition, he pitched against competing teams from the Netherlands, Puerto Rico and Taipei.