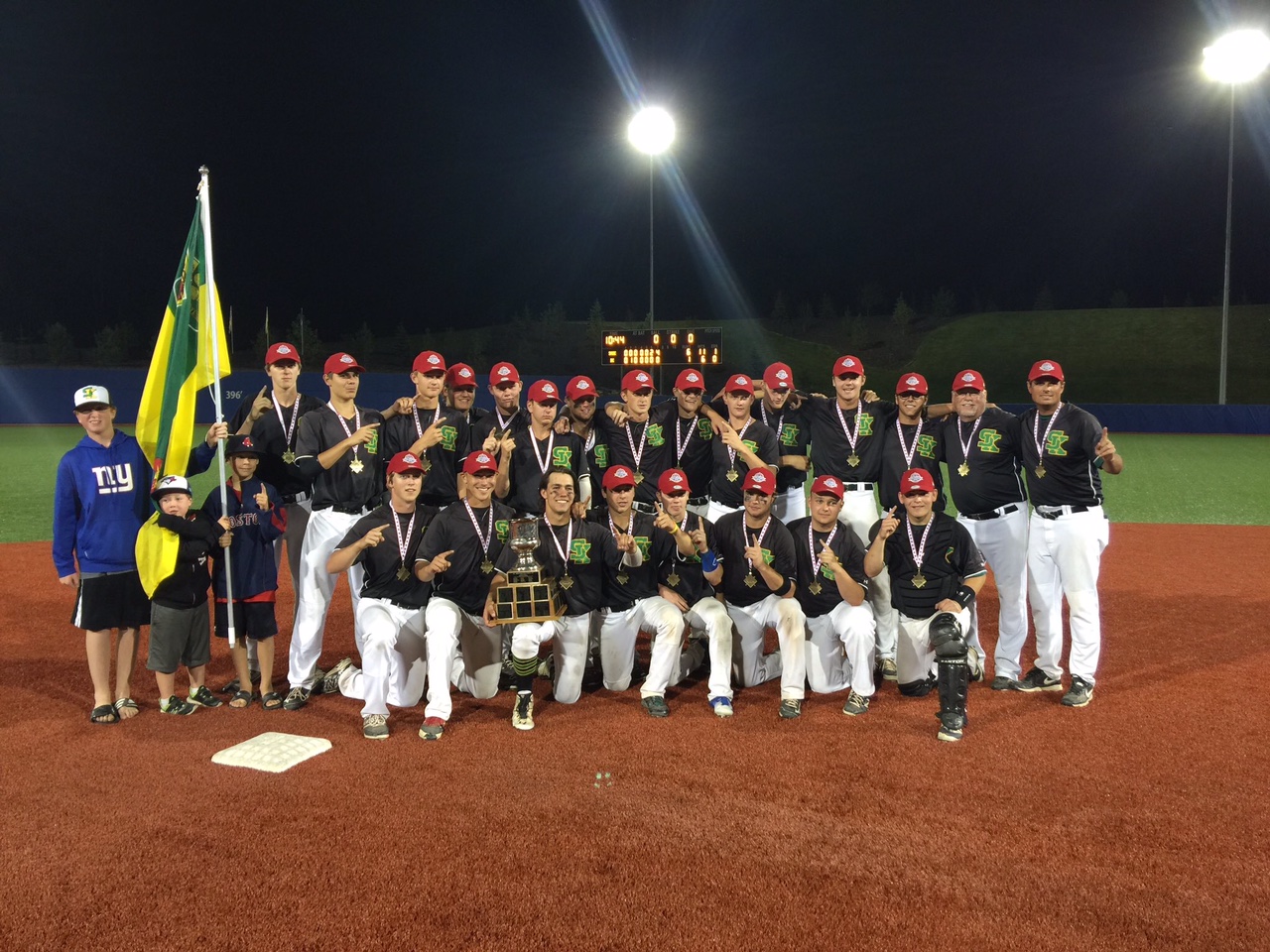 We are incredibly proud that Team Sask are your 2016 Baseball Canada Cup CHAMPIONS!

Our squad was able to avenge their loss to Team BC in last years Gold Medal Game and were able to win tonight against Team BC by a score of 6-1.

Parker McRae was your Winning Pitcher tossing a gem of 5.2 IP with only 65 pitches. Dylan Bells came in to shut BC down throwing 1.1 IP and allowing only 1 H.

Leading the way offensively was Nolan Machibroda who went 3/4 with 3 RBI. Danny Berg had 2 RBI and Tyler McWillie had 1 RBI.

The team was led by the coaching staff of Greg Brons, Neil Hogg and Matt Kosteniuk with Terry Butler serving as the Chef de Mission.

This is only the second time ever Saskatchewan has won the Baseball Canada Cup.