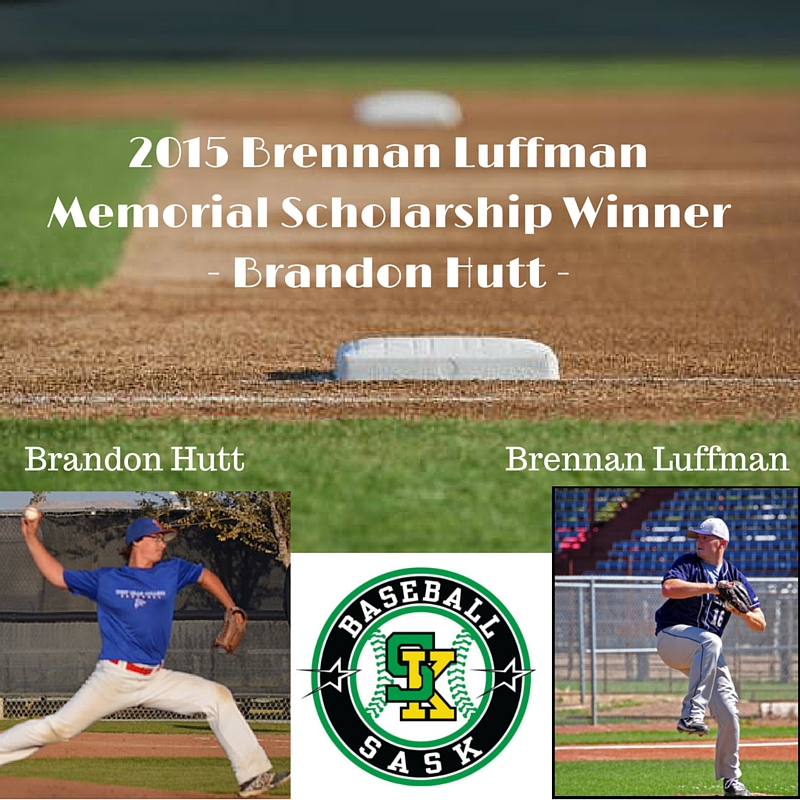 Brandon Hutt is this year’s recipient of the Brennan Luffman Memorial Scholarship.

Brennan Luffman was a former outfielder and left handed pitcher with Team Saskatchewan that competed at the Baseball Canada Cup in 2004 and 2005. Brennan also played with the Weyburn Beavers and the Moose Jaw Millers in the WMBL.  He was a highly inspirational player, leader and always well liked by his teammates. He is dearly missed by his family, friends, and teammates.

The Luffman Family is happy to announce that Brandon Hutt will receive the scholarship. Brandon played with the Regina A’s in 2015 and is currently playing college baseball at West Hills College.  Brandon was also coached by Brennan Luffman and his influence has inspired Brandon to take baseball to the next level. Brandon is honoured to receive this scholarship in Brennan’s name.