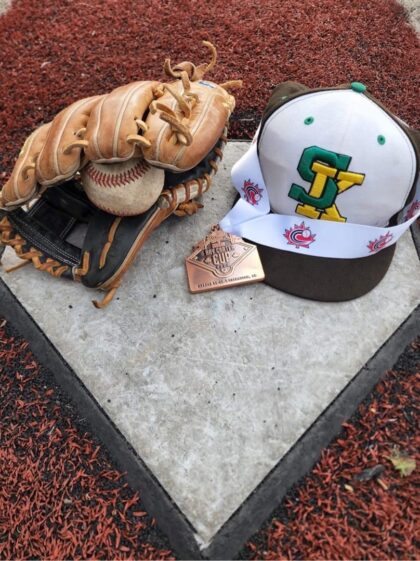 At the recent Ray Carter Cup, Baseball Canada’s 15U Boys National Championship that was hosted by Baseball Saskatoon, Baseball Sask had two teams representing us. The 15U Selects and the 15U Development Team.

Both teams did very well.  The Development Team finished round robin play with a record of 1-3. They lost to Ontario, BC and Quebec. Their victory was against the Team Sask Selects. In the placement game, they lost to Alberta in the 7th/8th by a score of 9-7.

The 15U Team Sask Selects finished round robin play with a record of 2-2. They defeated Quebec (4-1) and BC (10-4) and lost to Ontario (2-1) and Sask Development (12-2). This secured them 2nd Place in their Pool and advanced directly to a Semi-Final in which they lost to Quebec 1-0 in a heartbreaking extra inning battle. After this tough loss, they could have easily folded their tents and given up, however, in the Bronze medal game, they came to play and defeated Manitoba by a score of 7-2.

Congratulations to both teams who represented us very well and a job well done by the host committee in Saskatoon, led by Scott Thomas, who did a fantastic job.