Regina Optimist Baseball will be hosting the 2011 Baseball Canada Midget Nationals from August 17-22. This will be the first time in close to 20 years that the City of Regina has hosted a minor baseball National Championship of this calibre.

The Arizona Fall League, which features some of the top prospects in baseball, is winding down its regular season. This year, there are five Canadians participating in the circuit known for producing top big league talent. including Moose Jaw’s James Avery. 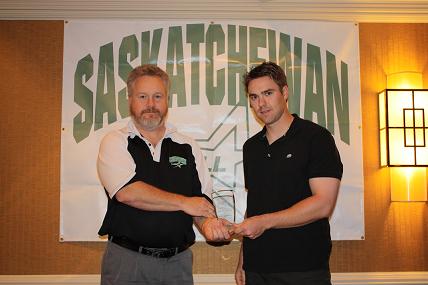 We are pleased to present the recipients of the 2010 Sask Baseball Annual Awards. These awards were presented during our Annual Awards Luncheon at the Radisson Inn in Saskatoon on Saturday, October 16th.

The following are the results with championship scores in brackets:

Mitch MacDonald of the Regina Red Sox has been named the 2010 MVP of the Western Major Baseball League.